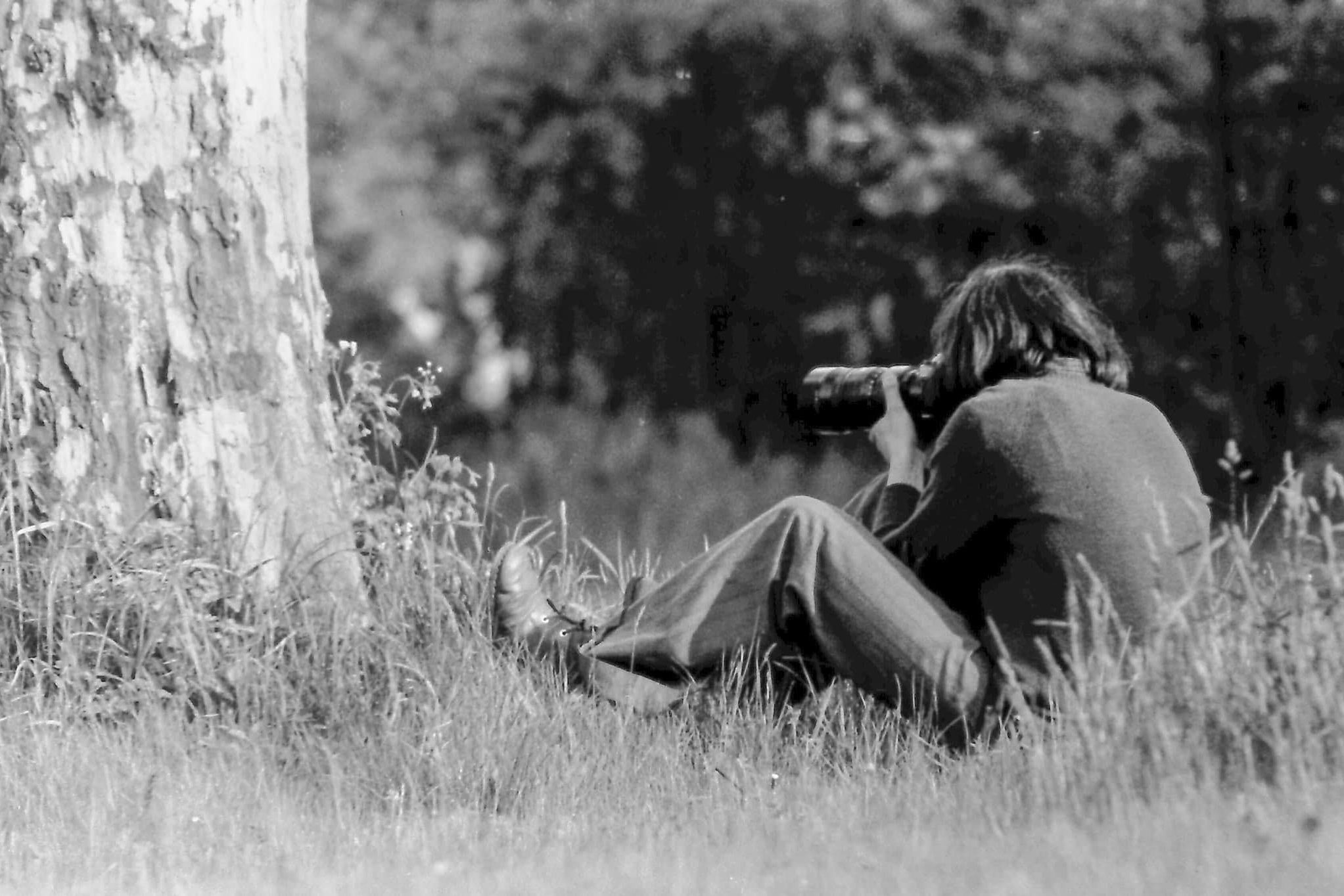 Paper and photo conservator at the National Library of Norway

Photography with the calotype technique started for me in early 2010. My first calotype camera (2009) was a German built antique field camera for 9,5 x 15 cm. It was a natural progression for me but it was really sparked when I saw and bought an old wood-and-brass filed camera on a travel in late 2009.

My photography began in childhood first with a plastic camera for roll film (my first camera ever was a plastic AMI – a Polish made LOMO kind of camera, which I got about 50 years ago), so with SLR cameras and later a large format in 4 x 5. I was moving also towards slow films with long exposures in the 1990s, the use of a strong tripod was obvious for a large format anyway. When digital photography arrived in the end of that previous Century I took it up but it quickly lost its appeal for me. So I decided to work in the technique of calotype both because of its unique, vague expression, and because being handmade it offers control. Paper as the primary material for the negative was appealing to me as I work a lot with paper but also the calotype was kind of mythical and seemed unexplored at the time I started.

“It is important in photography to avoid the contaminations”. One of the important lessons for me was to understand the importance of avoiding contamination. Another is how much the choice of paper for the negative influences the results. Also, it is interesting how organic material like paper influences the inorganic chemistry and other additives like lactose or whey. The shelf life of sensitized papers of the variants of the calotype process. There is such a variety of possible personal choices to change formulas.

“I like to also experiment with other paper-based techniques: H.T. Winther’s bichro-sliver positive formula, Hunt’s modifications to Hershel’s cyanotype, modifications of the cyanotype to appear as positive”

“For my photographs I chose Pelegry’s dry paper calotype formula”. I have tried and progressed through several calotype formulas over the years but settled eventually on Pelegry’s dry paper calotype that has a long shelf life. This allows me to travel freely with pre-sensitized sheets of sensitized paper and return home to process in my darkroom at home. However, I like to also experiment with other paper-based techniques: H.T. Winther’s bichro-sliver positive formula, Hunt’s modifications to Hershel’s cyanotype, modifications of the cyanotype to appear as positive etc. I am printing positives on untoned salted papers. I prefer not to wax my calotypes.

“The subjects for my photography now are more about the outdoors”

What I like to photograph? The subjects/objects for my photography now are more about the outdoors, cityscapes, landscapes, occasionally a still life, a portrait is very seldom. Textures, forms and shadows created by light, nature and human activity. And I always aim for a result, even if vaguely visualized. Coming close to achieving what was in mind, to capture what was subconscious is an intense, thrilling creative process. The development of an exposed image is exciting as the result is never quite guaranteed, up until it is hanging dry.